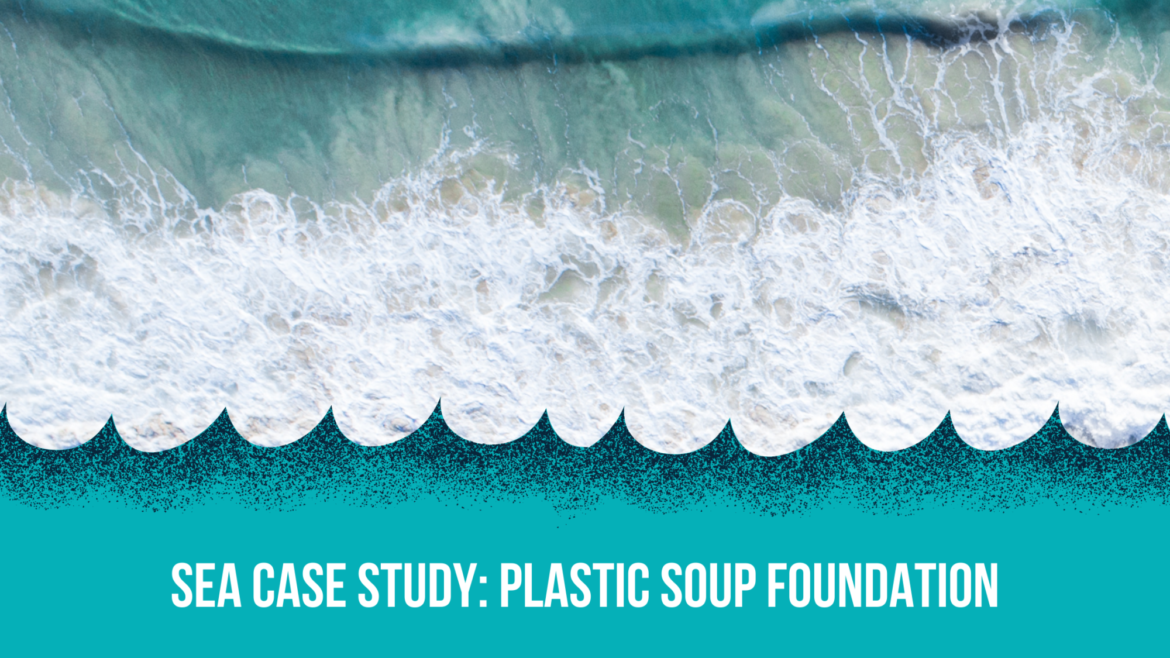 What is the Plastic Soup Foundation?

The Plastic Soup Foundation is a nonprofit organisation based in Amsterdam, which focuses on the plastic pollution problem, from both an environmental and a health aspect. Since 2011, they play an active role in the global debate on plastic and have become one of the main actors in the fight against plastic pollution, with worldwide impacts on policies, governmental approaches and consumers’ lives.

The main objective of the organisation is to combat the ‘plastic soup’ at its source. The nonprofit focuses on three main ambitious goals; preventing plastic from polluting the environment, sharing knowledge about the health risks related to plastics and their additives, and achieving a reduction in the production and use of plastic worldwide.

The organisation has developed several successful campaigns to combat plastic:

Our director, Enora Regnier, has been working with the Plastic Soup Foundation since 2018, with a focus on SEO and SEA. Here you will find more details on the aspects of her work, the projects that were developed and their impact on the overall organisation’s visibility and online development.

The Plastic Soup Foundation was granted the Google ad grant, or Google for nonprofit, a few years ago. However, due to early mismanagements followed by a lack of maintenance, their account was suspended for several months and the acquisition channel was not exploited.

The first task undertaken was to get the account reactivated, by fixing all the issues that led to its suspension, as well as making some strategic changes in order to prevent any further suspension in the following months. Once the account was reactivated, a full restructure of the account was needed in order to reflect the current campaigns and focus of the organisation. A more permanent account structure was implemented, with clear campaigns, ad groups and goals, that was flexible and easily adaptable, allowing for future modifications to be made in order to reflect changes within the organisation.

Once the account structure was finalised, the focus was put on the development of several campaigns aiming at increasing the visibility and traffic going to the website. The ad campaigns are as varied as the work of the organisation and tailored to redirect the visitors to the most relevant landing pages based on their requests. On top of this, more specific campaigns were created focusing solely on donations.

Several different advertising campaigns were originally created and, within the first two months, results started showing, with a net weekly increase of visitors going to the website through Google ads.

Over the following months, the part spent of the 10k ad grants budget allowance went from 2% prior to suspension, to 70% of the entire budget available. This showed there was still room for the creation of new campaigns and to improve the ad performances even more, which allowed for the creation of more advertising campaigns and, within a year, the account was fully utilising its budget allowance, while focusing on relevancy and user experience.

As for the average Click-through-rate (CTR, the percentage of people who click on the ad after seeing it), it has stabilised to 17%, which is over three times the minimum required by Google ad Grants to be able to keep the 10k monthly allowance.

Social paid accounts were implemented on Facebook/Instagram and Linkedin. Each channel is used to target specific audiences depending on the needs of the organisation. The main difference with the way Google ads is being utilised lies in the objectives: where one is mostly used to gain traffic to the website and visibility for the whole organisation, the other focuses on specific campaigns, with clear goals, budgets and targets.

Over the past 12 months, several distinctive successful campaigns have taken place on social media, amongst which a campaign focusing on donations for which followers were invited to join a fun and playful challenge to raise money for the organisation, as well as a campaign promoting World Cleanup Day events in the Netherlands. Both campaigns brought successful results in terms of clicks, engagements and conversions.